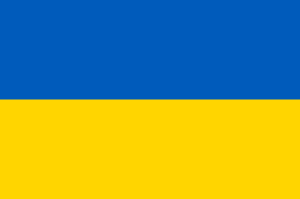 We were blessed to Skype with Every Generation Ministries (EGM) Ukraine Director, Alexander Achkasov. EGM’s Eastern Europe Resource Team Director Igor Fridrikh translated for Alexander from Russian to English the concerns and fears his countrymen, and especially the children, are dealing with daily and his requests for prayer. Through all of the obstacles Ukraine now faces, he remains a faithful servant of Christ, and through his words, it is evident he puts his trust in Jesus Christ. Below you will find an update from Alexander and a transcription of some of the dialogue with EGM staff members. 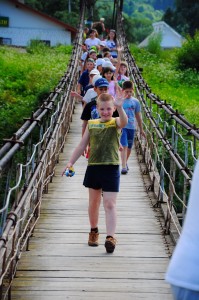 Overall situation in Ukraine is at a very explosive level of tension. Since January 20, 2015, the government has announced general mobilization to call all men to report for army duty. A great concern is our brothers in Christ being called.

God continues to use us in service to churches. Pray for the Holy Spirit to work in the hearts of the children. Pray for God’s guidance for realizing ministry plans and that He will expand work in the country.

God allows things to happen under His control. Eastern Ukraine is not more sinful than Western Ukraine. God calls our entire nation to submit to Him. In this aspect, local churches have much to do. We know we have to share the Good News and invite people to respond.

EGM: What are the qualifications/age for military service?

EGM: Will you be called up to serve the army?

A: I am eligible, but hope my 3 kids will be a good reason not to be called. I’m unsure if I will receive a letter… I will not shoot, and will hopefully find some other job within the army if I am called to serve.

EGM: How is the morale in Ukraine?

A: There are many different attitudes, with people at both ends of the extreme. There are separatists who now have control of some areas in Eastern Ukraine.

EGM: How far away are you from the front lines?

EGM: How are things around your town/area?

A: Mostly peaceful, but there are concerns everywhere. Explosions are happening every week.

EGM: Are churches still sending missionaries to other countries? Or has it been halted?

A: Our church has had a special extreme youth camp for 8 years in Crimea and we partner with many churches. For now, the situation is very much the same for Evangelical Churches in Russia. Because of Orthodox, most Protestant churches in Russia are treated as if they are Westernized or Americanized; as if they were spies and disliked. Despite how Evangelical Christianity is treated, churches continue to do His work. 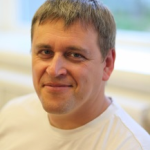 On behalf of the entire staff at Every Generation Ministries, I humbly ask that you would lift Alexander, his family and friends, and Ukraine up to our Lord. Praise God for keeping him safe and able to communicate with us!

Spread the word about what God is doing in Ukraine despite the crisis. Use the share buttons at the top of this page to inform friends and family of the prayer needs from Alexander, his countrymen and the children. We SO appreciate your prayerful support for Ukraine!