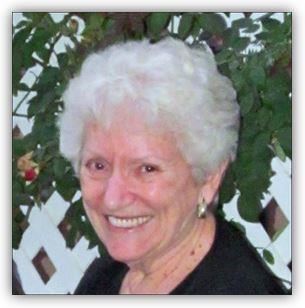 Fifteen years ago, I was traveling home to Poland and spoke to Marla just before boarding my transatlantic flight. Shortly after I boarded, Marla’s mother, Oleta Earles, called Poland from California to track down my whereabouts. The LORD had impressed on her that I was in some kind of danger and needed prayer. Marla assured her mom I was fine and coming home.

Unbeknownst to them, at that time I was about 90 minutes over the Atlantic and the plane experienced an engine fire. We had to return to the airport and make an emergency landing. That night, when all 300 of us were checking into the hotel, we saw our flight mishap covered on the evening news. Oleta knew I was in danger and was praying for me the entire evening.

Oleta Earles has provided this kind of spiritual support during my thirty years of ministry. She was a true intercessor for me and for Every Generation Ministries.

Oleta Earles can no longer intercede on my behalf as she went to be present with the LORD on September 9, 2014. She was preceded by her husband Troy, another EGM prayer warrior, fifteen months ago.

Oleta Fay Vincent was born March 21, 1936 in Webb, Oklahoma to Robert Lee and Flora Mae Vincent. Oleta was the fourth of ten children raised in rural Oklahoma. Her early years were centered on farm life and family. Oleta traveled to California with her family in 1951 and stayed in California, living with her sister and brother-in-law Lola and Nick Carter. She completed her high school education through the American School in Chicago, Illinois in 1955 as a correspondent student. 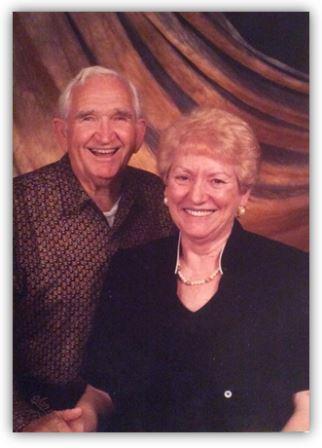 Oleta was raised in a Christian family and accepted Jesus Christ as her LORD and Savior as a young girl. Oleta was actively involved at First Assembly of God as a young woman and it was there that she met the love of her life, Troy Earles on August 8, 1956. They were married in October of 1956 and shared 56 wonderful years together.

Oleta Earles was a godly Christian wife and mother, raising three children: Martin, Marla and Bradley. She began working at Oak Valley Elementary School in 1974 and retired in 1994. Oleta expressed her love for Christ through her commitment to her family, church, and neighbors. She spent countless hours serving her children and grandchildren, influencing them greatly through her example and in prayer. She served in the hospitality ministry of the church and prayer ministry for her entire adult life. She was an excellent cook – most comfortable in her kitchen and dining room – with a special talent for desserts.

She was a faithful woman who loved Jesus Christ and lived a life filled with the Holy Spirit. Oleta was actively involved at both Bethel Assembly of God and First Assembly of God Churches in Tulare. Anyone who knew Oleta recognized her as a Proverbs 31 woman: her servant’s heart, strength of character, watchfulness over the affairs of her household, not being prone to idleness, a woman of noble deeds; her husband and children arose to call her blessed. She was loved by many and will be truly missed by those who had the fortune to be part of her life.